The results are in from Bradley’s 2017 Healthy Hand Washing Survey. The survey queried 1,042 American adults online Dec. 12-15, 2016 about their hand washing habits in public restrooms and concerns about germs, colds and the flu. Participants were from around the country, were 18 years and older, and were fairly evenly split between men and women (49 and 51 percent).

Nearly all Americans (97%) believe it’s important to wash one’s hands after using a public restroom and this number has grown over the past year. As observed in previous years, men are also far more likely to simply rinse (without soap) than women.

The Influence of Peer Pressure on Hand Washing Habits

More than half say the presence of other people causes them to adjust their actions in one of two ways. They’ll either make sure they wash their hands or they’ll wash longer or more thoroughly.

The survey also found that a written reminder posted in a restroom can influence behavior. Almost 40% of Americans admit they’re more likely to wash their hands after seeing a sign that requires employees to wash before returning to work.

Americans also don’t like touching things in public restrooms and 85% say they adapt the way they greet people when they are sick. Here’s how; 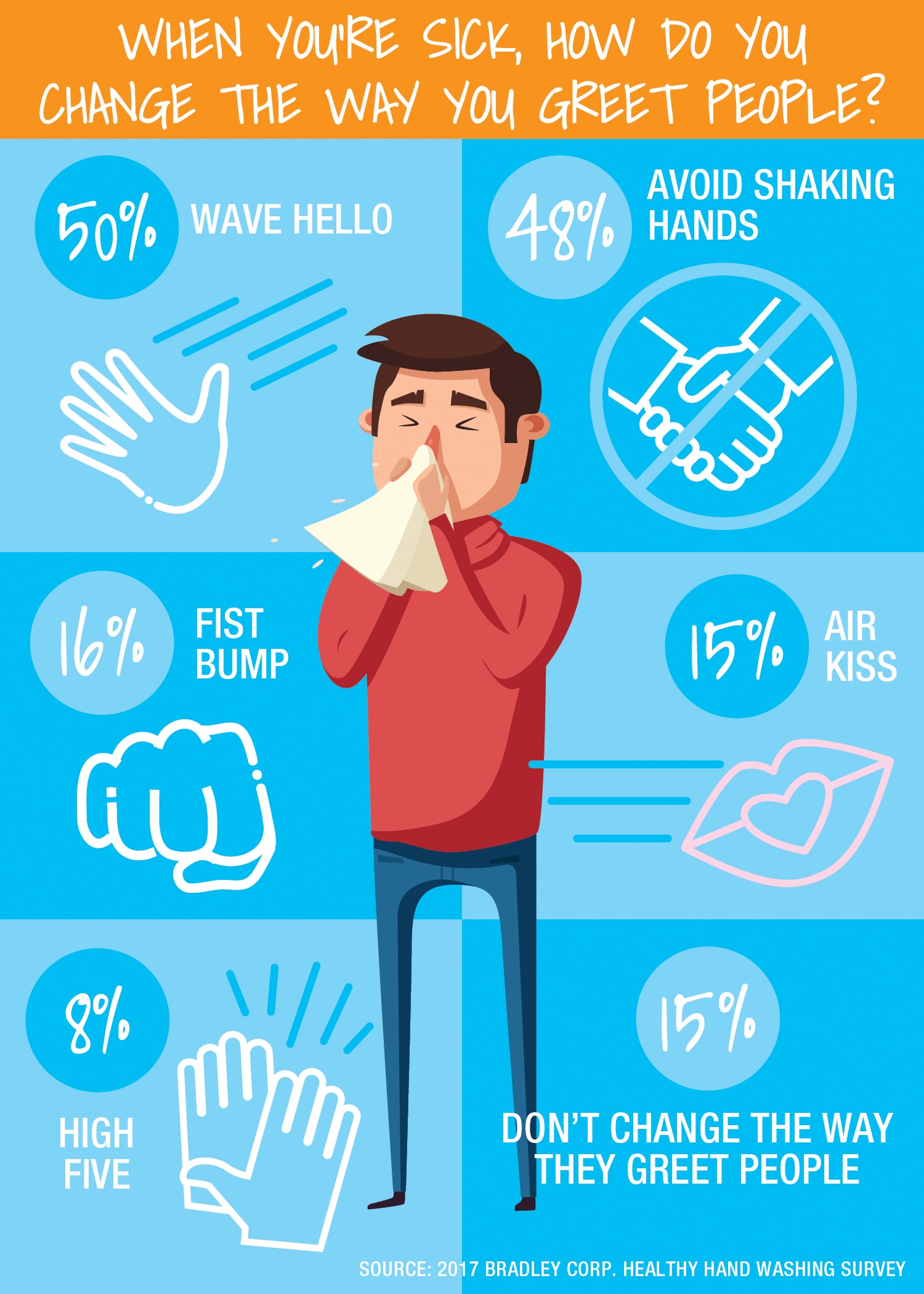